Also called as “Land of Lord Krishna”, Dwarka is popular among tourists for its religious significance. The city holds a great place in Hindu mythology as it is home to numerous ancient and highly revered temples established almost everywhere inside the city. One can find a number of temples dedicated to Lord Krishna. Dwarkadhish Temple, one of the 12 Jyotirlingas located in the state of Gujarat is the highest sacred pilgrimage sites located in the country. Hindus believe that visiting Dwarka helps them in attaining salvation. This divine city in Gujarat is enlisted among both Sapta Puris (generally called as seven holy cities in India) and also Char Dham Yatra (a circuit of four holy pilgrimages located in the northern state of Uttarakhand. One can find a number of travel package to Dwarka designed beautifully by the tour operators in order to make the journey a complete success.

Believed to be the first capital city and the most divine city of Gujarat, Dwarka is home to Lord Krishna. History of this city dates back to the age of Puranic traditions and its significance has been mentioned in the holy Hindu epic Mahabharata. One can explore the history, ritualistic cultures, and the religious myths of the city in each and every cemented brick used in the architecture of the city. The temple has been constructed in the Chalukya style of architecture.

Places to visit in and around Dwarka

This scenic city in Gujarat is situated on the riverbank of the pious Gomati River. Historical called as the birthplace of Lord Krishna and also Atlantis of the East, Dwarka boasts a number of tourist places adorned with picturesque landscapes, stunning architecture, etc.

This huge and beautiful temple is located in the Jamnagar district and is the major landmark of the holy city. Dwarkadhish Temple is dedicated to Lord Krishna and is also called as Nija Mandir or Jagat Mandir. This 5-storied building is beautifully structured and supported on 72 pillars and is believed to be almost 2200 years old.

Food and Accommodation in Dwarka 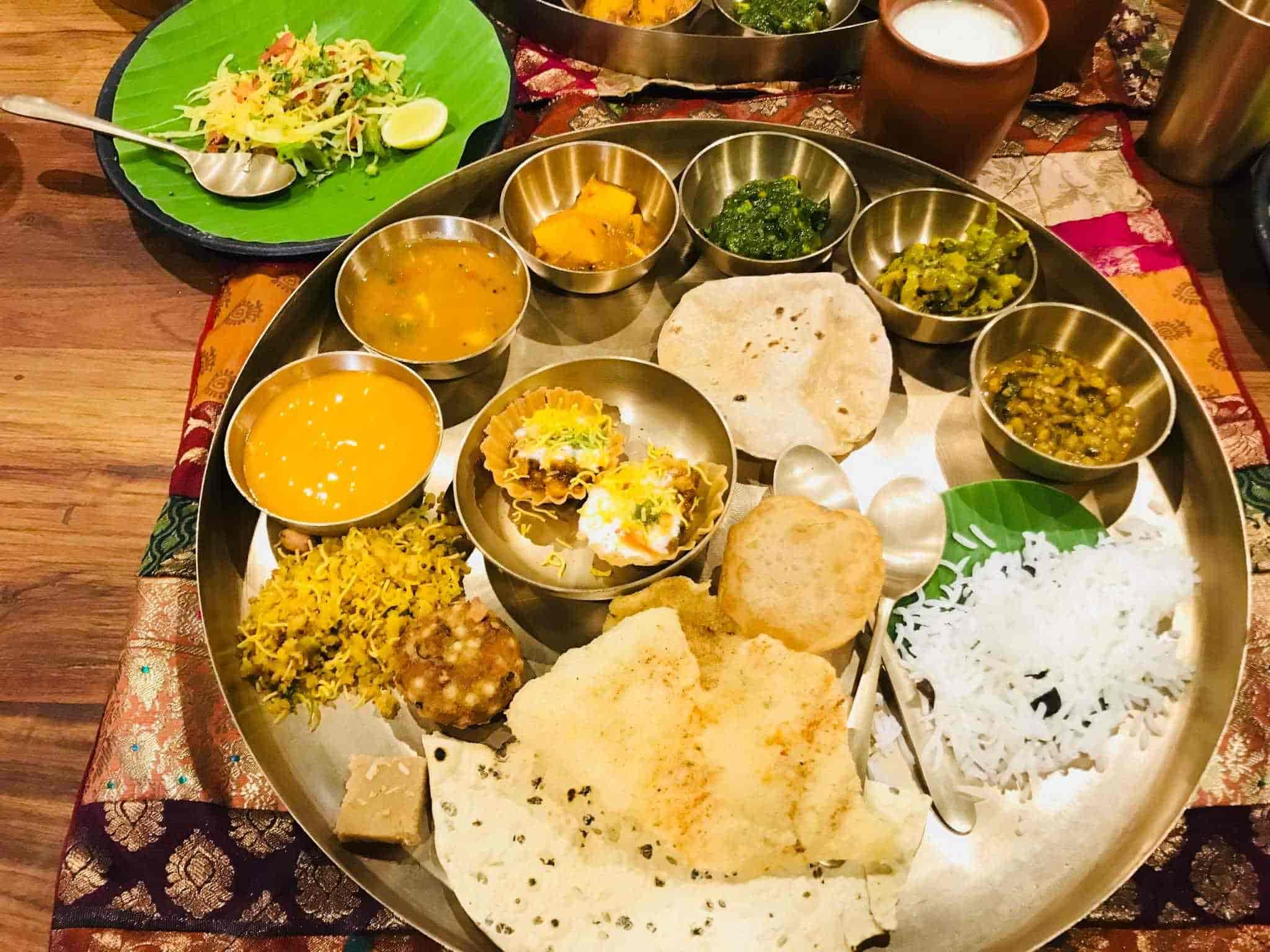 Dwarka is, however, not known for lavishing restaurants but the ones which are established there offer mouth-watering Chinese, North Indian, and Gujarati cuisines. One must try the special Gujarati Thali which includes Kadhi, Roti, Dal, Vegetable Curries, and Rice. Khichdi, Khamman Dhokla, Khakhra, Thepla, Khandvi, etc, are some other popular delicacies of the state. Chaach, Lassi, and Buttermilk are the popular beverages of this divine city.

Visiting Dwarka in the summer season

If you are visiting the city during the summer season then you will have to experience an inconsistent weather condition i.e. it ranges between the hot and cold climate. It becomes quite humid and suffocating with the rise in temperature. On the other hand, during the night time, the weather is pretty cold and chilly. During the summer season, the temperature ranges between 23 degree Celsius and 42 degree Celsius. This is not a good season to plan your Gujarat visit. The temples visiting here are

Visiting Dwarka in the monsoon season

Being a coastal city, Dwarka witnesses medium to heavy rainfall and the monsoon season brings a refreshing and blooming weather condition. The temperature ranges between 27 degree Celsius and 35 degree Celsius and makes it one of the best seasons to plan Dwarka visit. You can also participate in the celebration of Krishna Janmashtami which falls in the month of July or August. Thousands of devotees flock to this city especially on this auspicious occasion of Lord Krishna’s birthday.

Visiting Dwarka in the winter season

There is no particular winter season in Dwarka as the city is located pretty close to the tropics. The temperature falls down and ranges between 9 degree Celsius and 34 degree Celsius.

How to reach Dwarka?

This sacred city of Gujarat is visited by thousands of pilgrims and the city is quite known for its religious significance. There are numerous mythological beliefs behind the origin of this sacred city. The serene and tranquil ambiance of this beautiful city makes it a more popular and peaceful place to visit in the country.

Jamnagar is the nearest airport to Dwarka and is located almost 137 kilometers away from the destination. It will take you around three hours to cover the distance between Jamnagar Airport and also this sacred city.

This is one of the most convenient ways to reach Dwarka as the city is well connected with various other major cities and if you coming to the city from Delhi then it will take your complete day to cover the distance between the segments. BCT Duronto, Pune Duronto Express, and Uttaranchal Express are some of the major rail lines running to the city.

The roadway is the best way to reach Dwarka city as it is going to be a complete hassle free journey. There are both public and private bus providers that connect Dwarka with various other major cities in the country. However, it is going to make a hole in your pocket as it is quite an expensive mode of transport.

This site uses Akismet to reduce spam. Learn how your comment data is processed.

I am Vibeke, a travel blogger and a photographer from Norway. I am posting about my journey around the world and my experiences living in Ecuador.

This website uses cookies to improve your experience while you navigate through the website. Out of these, the cookies that are categorized as necessary are stored on your browser as they are essential for the working of basic functionalities of the website. We also use third-party cookies that help us analyze and understand how you use this website. These cookies will be stored in your browser only with your consent. You also have the option to opt-out of these cookies. But opting out of some of these cookies may affect your browsing experience.
Necessary Always Enabled
Necessary cookies are absolutely essential for the website to function properly. This category only includes cookies that ensures basic functionalities and security features of the website. These cookies do not store any personal information.
Non-necessary
Any cookies that may not be particularly necessary for the website to function and is used specifically to collect user personal data via analytics, ads, other embedded contents are termed as non-necessary cookies. It is mandatory to procure user consent prior to running these cookies on your website.
SAVE & ACCEPT